This week we have been working on integrating the apartment area into the game. Compiling all the smaller elements into the level and moving it into the repository. Once in, I began working with the lighting to give it more mood. The skybox was the first thing to go, surrounding the level in darkness to simulate the dead of night. This ended up making the windows look blacked out, so I added in the overhang and hallway observation windows from the main apartment building. This helped give the feeling that you were in the same building and that there was more to the building that you could see outside.

The lack of any other lights outside the windows makes it seem as if the building was floating in an endless void. I took some buildings from the Hell's Kitchen area and added them to the background so their lights could give the feeling of being in the middle of a large city. More environmental details may come later, but for now. I love the look of the world from the windows. 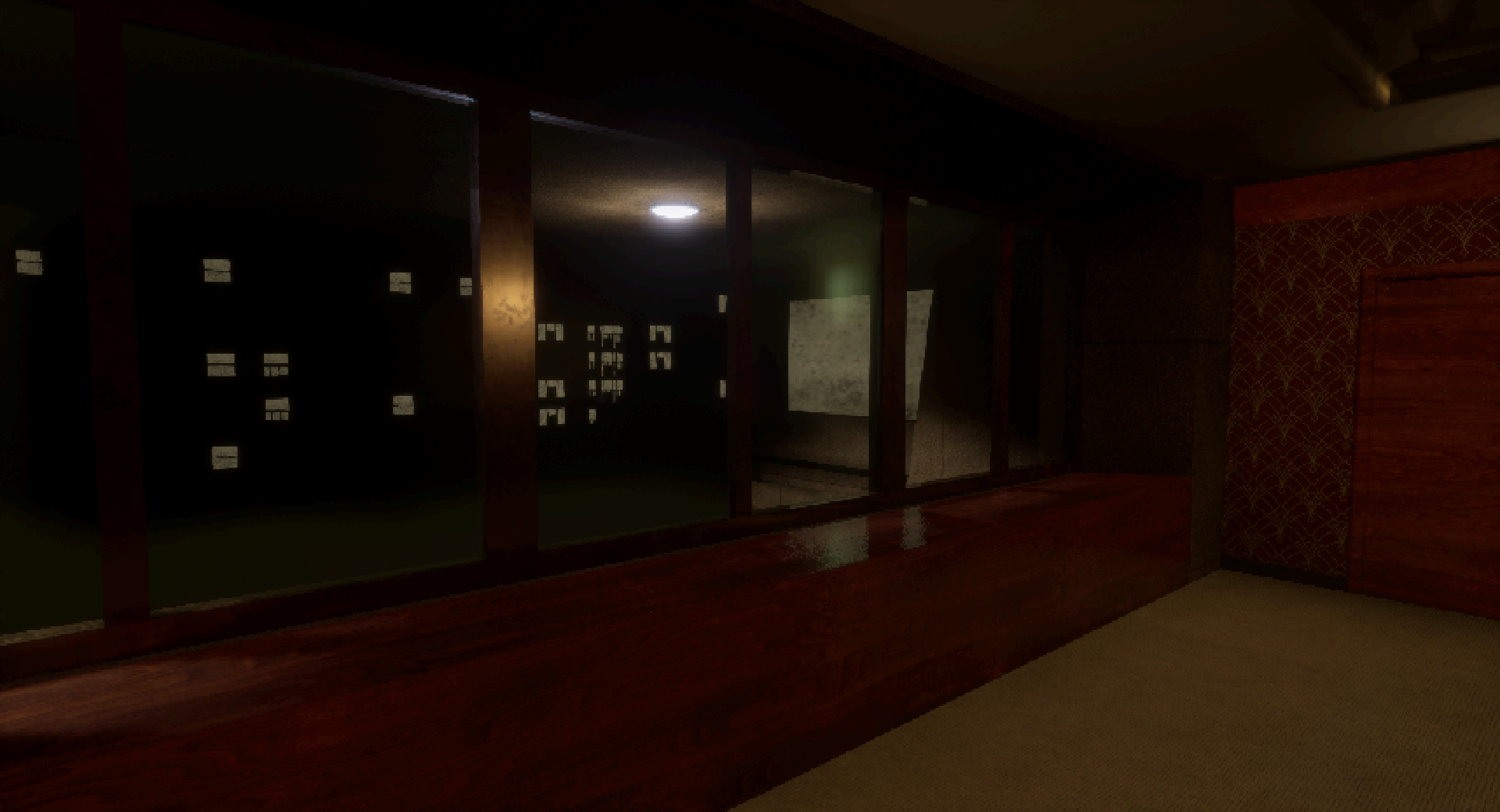 After the lighting outside the window was done. I returned to Lilith's bedroom to add her posters to her bedroom. 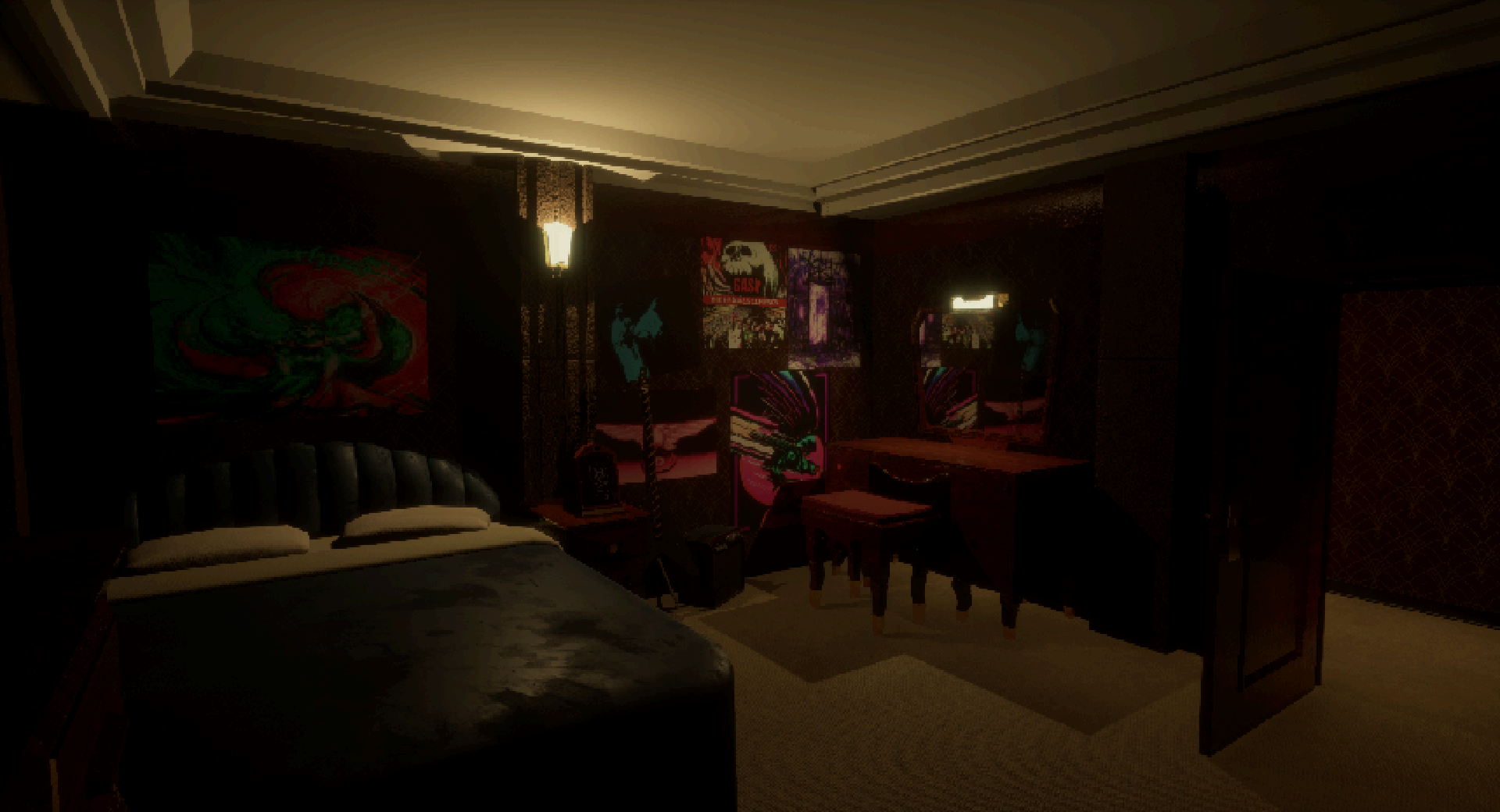 Once the posters were added. I began setting up the cameras. The first set of camera angles set up were for traversability, rather than showing off the style. Once the cameras were in place. I walked through the apartment a couple of times to see if any of the angles could be improved. None of the cameras faced the windows at all, leaving out the potential for shots showing the outside and making it feel like they were living in the middle of a large city. 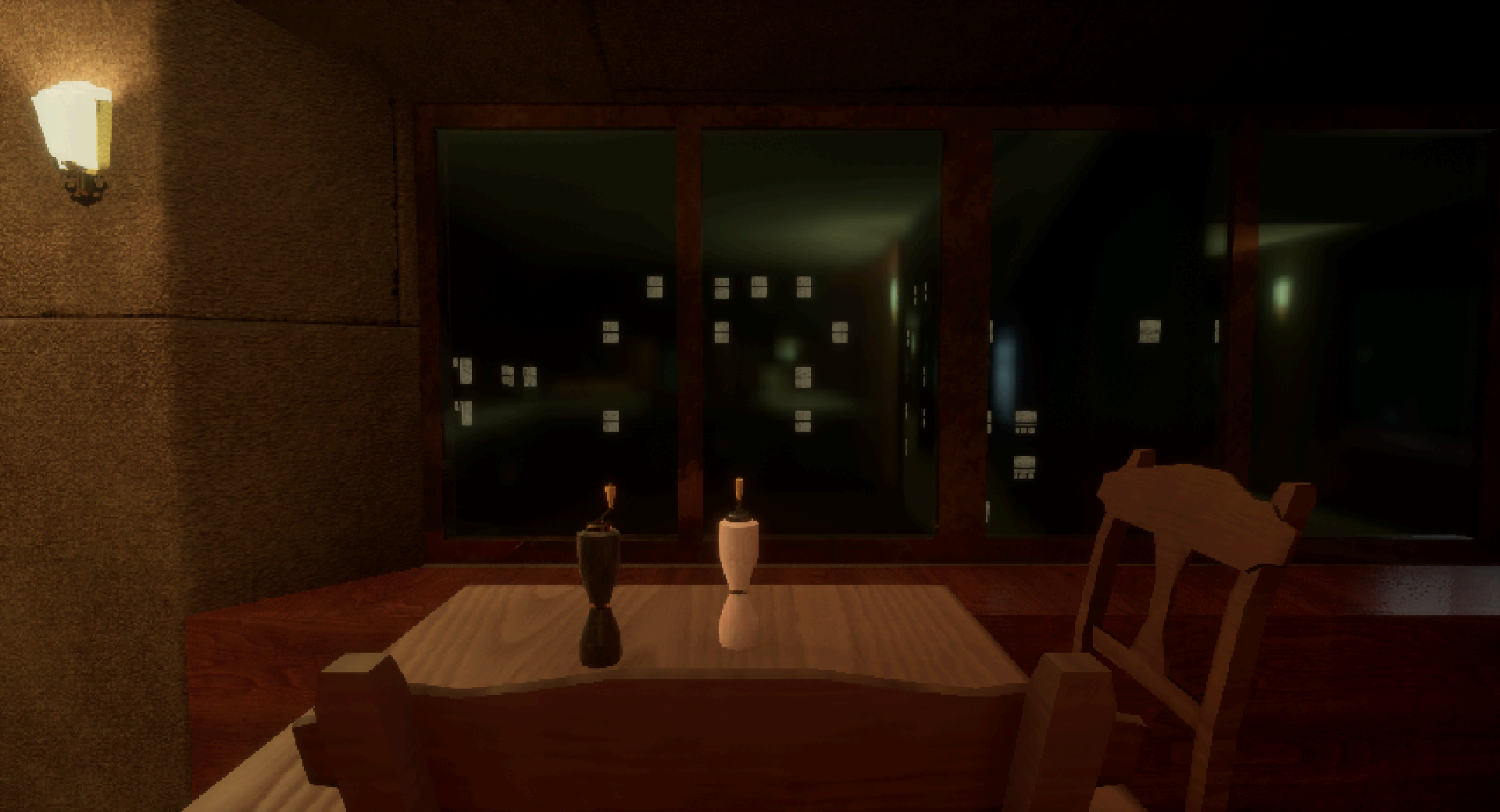 This combined with the new TV lighting effect that mimicked the flickering of the video on screen gives the level a comfortable feeling. Which is what you would want from your home.

Sonja's office space was paid particular attention to get the lighting to lure you to that section of the apartment. The area will look better once we add in some particle effects for cigarette smoke and place a half-empty bottle of scotch on the table. 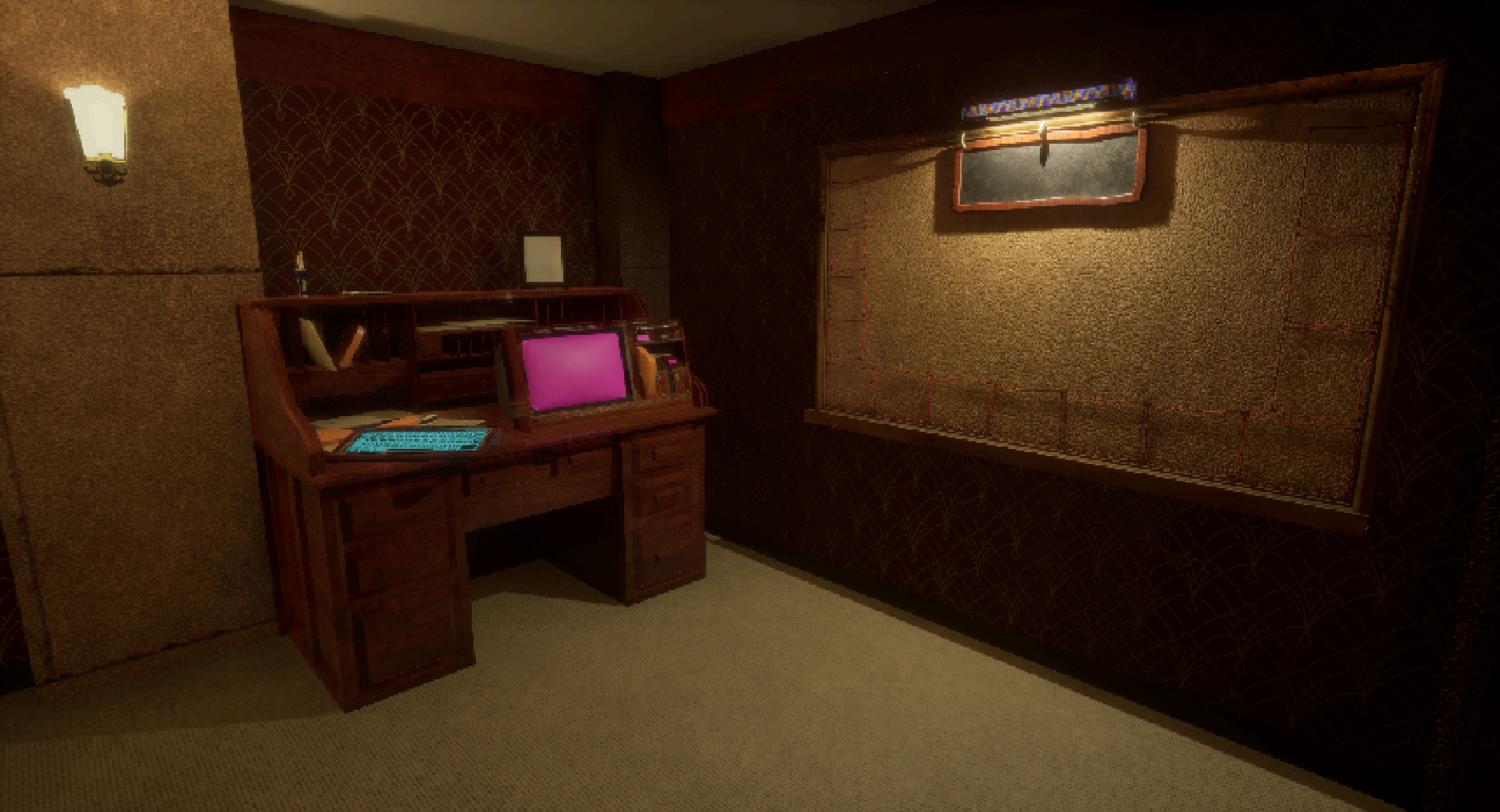 On the technical side, we are working on improving the core systems and adding a new HUD inventory to cycle through your items to equip weapons or use items on hotspots. We will be working on these items and more in the coming weeks.

There are still areas of the apartment that need to be touched up and finished. We will keep everyone informed as we always have on Twitter and now on Minds! We now have an account on minds where we will be mirroring our tweets. If you have an account on Minds, follow us there!

As always, updates will be posted regularly on our Discord of the Dead: https://discord.gg/r8rQv6h

Please consider supporting us on Patreon, every little helps keep us going and will not be forgotten: https://www.patreon.com/DeadHeat

Thank you all for reading our devlog, we hope to see you again next week!